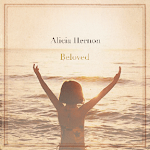 My history of writing and performing music

My parents gave me the incredible gift of surrounding me with music. Neither of them considers themselves a musician, but our home was full of piano music (provided by our player piano) and recordings of the latest Christian music. My father always began our prayer before meals with a song, and as we got older often it turned into 4 on the melody and the rest of us trying to beat each other out with the best harmony!

When I was 12 my father and I led music every Sunday for the CCD mass at our parish which was a children’s mass and had very simple music. I was a novice guitarist, but my father’s voice as well as mine was strong enough to overcome any deficiencies in the accompaniment! After that experience I found myself leading music on a regular basis- mainly for masses and prayer meetings. When I went to college at Franciscan University in 1990 I dove right into the music ministry there and began leading a group and singing in another, larger group. After 2 years of college, I took a year off to travel with Allison Waldrop (now Allison Miller) with her ministry called Home in His Heart. We did concerts and retreats at church’s all over the United States and into Canada. It was during that time that I wrote Cry of the Beloved and Maria. This was also the first time that I went into the recording studio to put some of my songs on a CD with Allison. The year of ministry and performance was very formative for me because it gave me the opportunity to get out of my “bubble” and see more of the Church and minister with my music in a way that I never did before.

Since that time, I have continued to sing and lead people in worship, but never professionally on a regular basis. My husband Michael swept me off my feet and convinced me to marry him before graduation and soon we began our own family. Teaching music to children is my first love, and over the last 12 years I have taught music to children in schools and in private lessons. I became a Kindermusik educator in 2000 and have enjoyed teaching Kindermusik ever since. Occasionally I sing at conferences or other paid events, but mainly I continue to volunteer to sing at my parish in Steubenville.

There have been many people over the years who have asked me if I had a CD, or asked when I was going to do one. It just never seemed to be the right time till now! I really am so grateful to all those people who encouraged me to keep going.
Posted by Alicia at 2:47 PM